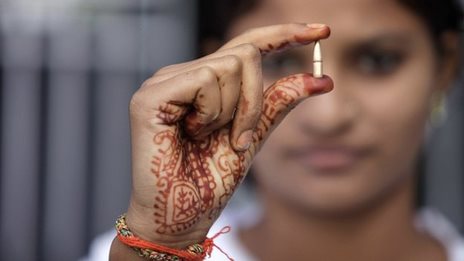 An international report warns of the systematic use of violence against schools and universities.

Could a common history book help to soothe past and present tensions?

Launching a series of Religious Education books for the Foundation Phase

On Wednesday, 12 February 2014, University of Wales Trinity Saint Davidâ€™s publishing house, Canolfan Peniarth, launched a new series of books for children at Ysgol Llys Hywel, Whitland, where one of the authors is a teacher.

The I wonder why? series includes a set of six books with a Religious Education theme, along with a practitionersâ€™ handbook and activity pack that relate to all stories - all of which are available in Welsh and English. The six books that form the series areHoli Hai; Itâ€™s me, your brother!; Harryâ€™s special planet; Doing the little things; The naming ceremony; andReubenâ€™s story.

The authors include Dr. Geraint Davies and Dr. Sioned Hughes who are both lecturers in the South West Wales Centre for Teacher Education at University of Wales Trinity Saint David; CatherynClement who is a retired head teacher and Beryl Bowen who is a teacher at Whitlandâ€™s primary school - Ysgol Llys Hywel.

Mr Gwydion Wynne, Canolfan Peniarthâ€™s Director said, â€œThere is a shortage of bilingual resources and books within the religious education subject area in the primary education sector, and we are extremely grateful for the support we received from the Welsh Government that allowed us to work with authors to publish this fantastic series. The amount of orders that we have already received for the books is proof of the need for such resource.â€

The series is a resource which supports the requirements of the National Exemplar Framework for Religious Education for 3 to 19 year-olds in Wales and the Foundation Phase Framework with all stories focusing on basic questions which will be explored in the context of a religious life, religious festival or another context, for example: Why do we have Easter eggs? The activities will help learners to develop their ideas; opinions and feelings with imagination, creativity and sensitivity, which can help inform their views of the world, their hopes, and their dreams.

The books can be purchased separately for Â£5.99 each, or as a complete pack for Â£30 and are all available in Welsh or English. The Practitionersâ€™ handbook and activity pack come with every order of the complete set. Copies can be ordered directly fromCanolfan Peniarthâ€™s online shop.

To celebrate World Book Day on Thursday 6 March, paper activities from Peniarth's books and resourceswill be available to downloadfrom our website. Send us a picture of your pupils reading one of our books, or colouring pictures of some of the characters, and we will send a certificate to everyone acknowledging their participation and contribution to the celebrations. All activities will be available to download from our websitebetween 3rd and 7th of March. Follow the link on our homepage for more information.

From New York to California, there are US campaigns to tackle the early education gap