A leading academic challenges the notion that that British children grew up in typical two-parent families until the social revolution of the 1960s.

Following receiving funding from the Welsh Government, Canolfan Peniarth has published a unique interactive resource for Key Stage 2 that combines literature and geography by looking at links between legends and the natural landscape of Wales.

Legends Wales is a bilingual resource that focuses on six famous legends in Wales including Cantreâ€™r Gwaelod, Santes Dwynwen, Llyn y Fan Fach, King Arthur, Melangell and Beddgelert. The resource tells the story of each legend and also includes interactive activities to accompany each legend; all of which respond directly to the requirements of the national curriculum for KS2 Geography.

Dr. Sioned Vaughan Hughes from University of Wales Trinity Saint David has been coordinating all work related to the resource, and said, â€œWhen you read about legends, you can also learn much about the places where they are set, for example, the names of rivers, lakes and mountains. The Legends Wales resource has been developed as a vibrant interactive website and will help learners to learn about the history of each legend in addition to what the legends say about the land and people of Wales. The resource provides opportuniteis to develop theliteracy skills of learners in conjunctionwith their geographical skillsâ€.

Director of Canolfan Peniarth, Mr Gwydion Wynne said â€œLegends Wales is a fantastic resource as it is very different in the sense that it brings together elements of Welsh literature and geography together. It has been a really interesting project for us. The website designed for the resource includes several additional features that will support teachers with their lessonsâ€.

Click herefor more details and to browse the resource.

Looking for the next cyber-police

With the threat of cyber-attacks rising, universities will need to train more cyber-security experts.

In the last week , Canolfan Peniarth has heard that it has been succesful with five tender bids that were submitted to the Welsh Government recently to develop more books and resources over the next two years.

Among the other successful tenders was Y Ditectif Geiriau a project that will produce a series of four reading and understanding books with online activities for Key Stage 2 learners; Cardiau Camau Llwyddiant that will produce a set of cards that can be used in discussion sessions at school to raise the standard of learnersâ€™ writing; Ein Byd, which will be an online resource that will be based on skills for learners and schools to assist with the task of learning about our world in geography.

Canolfan Peniarth is already regarded as a leading publisher of educational resources in Wales, and Gwydion Wynne, Director of Canolfan Peniarth said, "We are extremly grateful to the Government for supporting these five succesful bids, and we look forward to colaborate with officials from the Department of Education and Skills as well as experienced writers once again, to create and develop innovative and first class resources for the education sector in Wales. This is an exciting time for Canolfan Peniarth, with other significant developments within our language training services in education also, along with the recent news that S4C will move its headquarters from Cardiff to the Universityâ€™s campus in Carmarthen. These current developments will be seen as a historic milestone in the development of the centre since it was established in 2009".

For more information on Canolfan Peniarthâ€™s resources and services, follow the relevant links on the homepage.

Where the only rule is 'be cool'

The code club where the only rule is 'be cool' 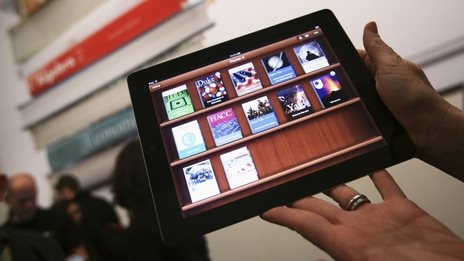 Textbooks replaced by iTunes U downloads